Sérgio Rabinovitz was born in Salvador, Bahia on December 17, 1955.

Painter, draughtsman and printmaker, he studied in the studios of Calasans Neto and Mario Cravo Jr., concluding his academic education in the United States as a scholarship student at Wesleyan University, Connecticut and The Cooper Union for the Advancement of Science and Art, New York City.

During the beginning of the 70´s, still in Bahia, he initiated his practice of woodcutting, evolving into etching, drawing, lithography, photography and painting while studying in the United States with great masters like Hans Haacke, Marcicano and Krishna Reddy. He graduated from The Cooper Union For the Advancement of Science and Art in 1978 with a Bachelor of Fine Arts degree.
His path of professional activity, from woodcut to painting, and the registry of this journey in images and texts that document the development of the language, techniques and themes that the artist works with in his art, follows a continuous line of action, from the first prints, whether woodcuts, etchings or lithos, passing on through drawing, to explode in painting, whether on paper or canvas, painting that brings as its mark the expression of life for the development of a visual story of the cities he´s visited and the people he´s met, while living periods exhibiting in different countries, making his art travel the world in exhibitions and become part of collections in museums, public institutions and privately in Brazil and abroad.

His work is also widely-known as an illustrator, with very popular images that span over covers for the Bahia State Constitution of 1989 published by the State Legislative Assembly, for one of the editions of Jorge Amado´s book Mar Morto and for Fetiche by Antonio Risério; illustrations for Olho de Gato, Notas Bandalhas and Fluxo by Claudius Portugal; Bonequinhos de Papel by Mabel Velloso, to books of his work like Bahia – 20 Post Cards (P55 Edição, 2003) or Registers in Passing (Assembleia Legislativa do Estado da Bahia, 2016), both with text by Claudius Portugal. A film was made of his work, a short subject entitled “The Bahia of Sérgio Rabinovitz” by Luciana Accioly Lima.

Among his awards: Study and Travel Grant from the Fulbright Commission/IIE (1974); Scholarship from the Cooper Union For the Advancement of Science and Art (1975); Secretary of Education Award in III Exhibit of Brazilian Drawing of Curitiba (1981); Official representative of Brazil in the VII International Biennial of Valparaíso, Chile (1985); First prize in painting at the I Bahian Salon of Fine Arts (1988); Commendation as Knight in the Order of Merit of the State of Bahia (1990); Vinólia Special Edition Award (1997). 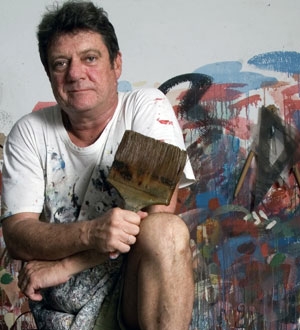